Sofia planning for tender ‘within weeks’
Bulgaria’s parliament has passed a motion to speed up licensing procedures and potential supply of non-Russian nuclear fuel for the country’s Kozloduy nuclear power station, which has two VVER-1000 pressurised water reactors (PWRs) in commercial operation.

Bulgaria receives nuclear fuel from Russia’s state-owned Tvel under a 2019 contract which is set to expire in 2025.

According to the motion, the first alternative supplies should be made by April 2024 for Kozloduy-5. The new fuel vendor will be required to use technologies and licences which are not related to Russia.

The parliament’s decision obliges the caretaker government to complete the licensing process by the end of 2023.

The development comes after a draft motion on the matter was passed by the parliament’s energy committee last week.

Local media reported that Bulgaria’s caretaker government was planning “within weeks” to launch a tender for the supply of nuclear fuel, which will exclude Russia, but is likely to include invitations to US-based Westinghouse and France’s Framatome.

Westinghouse had earlier expressed an interest in supplying fuel to Kozloduy and in 2019 signed agreements with the station on initial studies and safety assessments.

Move Is In Line With EU Energy Security Strategy

In 2021, Kozloduy said the Westinghouse involvement was part of the station’s efforts to diversify its fuel supplier portfolio as required by the European Union’s energy security strategy.

In March 2022, after Russia’s invasion of Ukraine, then energy minister Alexander Nikolov told local media that Sofia was aiming to be able to use nuclear fuel produced by Westinghouse at one of the Kozloduy reactor units by mid-2024.

The US company already has VVER-1000 fuel supply deals in the Czech Republic and Ukraine, where operators have decided to work towards cutting their dependency on Russia.

Bulgaria has had a working parliament since an inconclusive general election on 2 October, but no coalition government has been formed, hampering important political decisions. The executive is being run by a caretaker government appointed by the president, but without legislative power.

The two Russia-designed VVER-1000 PWR units at Kozloduy, inherited from the socialist era, provide about one third of the country’s electricity. 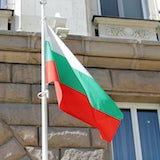 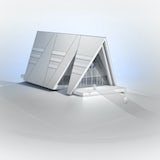