“I would like to form an alliance of countries that use nuclear energy. I want us to ensure that nuclear energy is seen as a cross between a source of clean energy and fossil fuels,” Mr Matovič said.

He said he expects support on the issue from France, which has a significant domestic nuclear energy industry and a fleet of 56 commercial nuclear reactors, the second highest number in the world behind the US.

Slovakia has four nuclear reactors in commercial operation, two each at Bohunice and Mochovce. Slovakia also has two plants under construction at Mochovce.

According to International Atomic Energy Agency statistics they provided 53.9% of the country’s electricity generation in 2019. 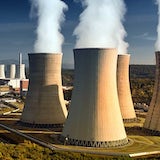 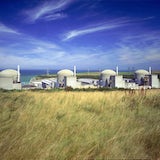 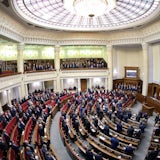