Government ‘has already started looking for a new partner’ for the project
Romania’s government is to cancel a deal with China for the construction of reactors 3 and 4 at the Cernavodă nuclear power station, prime minister Ludovic Orban said in an interview with Hotnews.ro.

“It is clear to me that the partnership with the Chinese company is not going to work,” Mr Orban said, adding that the government has already started to look for a new partner and financing for this project.

He also said that all new projects in Romania’s energy sector will depend on whether they meet the requirements of the European Union’s Green Deal, an initiative aimed at reducing CO2 emissions across the bloc.

The EU acknowledges member states’ right to decide on the technologies they will use in an effort to meet climate objectives, including nuclear.

In 2015, Romanian state-owned electricity producer Nuclearelectrica, the company that operates the Cernavodă nuclear station, signed a memorandum of understanding with China General Nuclear Power Corporation (CGN) for the construction of two new reactors.

In May Nuclearelectrica and CGN signed an agreement to set up a joint venture project company for the planned completion of the two units. CGN would have held a 51% stake in the company with Nuclearelectrica holding the remaining 49%.

Press reports in Romania this week referred to the blacklisting, but did not say whether it was one of the reasons for the cancelling of the contract. 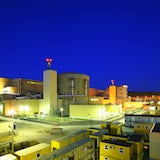 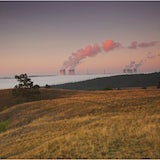 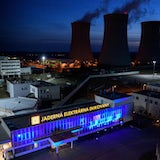