The Swedish Radiation Safety Authority (SSM) has approved a safety report for the dismantling and demolition of the Agesta nuclear power plant, a 10-MW pressurised heavy water reactor unit that was the country's first energy generating nuclear reactor.

The decision means dismantling and demolition can begin, although details of work being carried out must first be reported to SSM.

Agesta, south of Stockholm, began commercial operation in May 1964 and was permanently shut down in June 1974. It produced district heating and electrical energy for the suburb of Farsta between 1964 and 1974.

The transfer of district heating from the plant meant Agesta was located close to the homes in Farsta and for safety reasons was largely built inside a bedrock cavity.

The plant is part-owned by Vattenfall, which also owns seven reactors in commercial operation in Sweden at Ringhals and Forsmark, applied for approval of the safety report in June 2019.

The nuclear fuel and heavy water have already been removed from the plant, SSM said.

According to Vattenfall, major investments would have been needed to meet increased security requirements. Agesta had also become obsolete when the 881-MW Ringhals-1 boiling water reactor unit began commercial operation in January 1976. 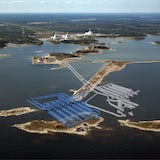 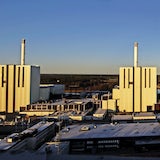 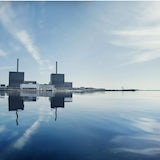