The construction and operation of the first BWRX-300 small modular reactor in Ontario is expected to generate approximately CAD2.3bn (€1.5bn, $.9bn) in gross domestic product, CAD1.9bn in labour income and more than CAD750m in federal, provincial and municipal tax revenue, a report commissioned by the plant’s developer GEH Hitachi Nuclear Energy (GEH) says.

The report, which was prepared by PwC Canada and assesses the potential socio-economic benefits of GEH’s BWRX-300, estimates that each subsequent BWRX-300 deployed in Ontario and other provinces is expected to generate more than CAD1.1bn in GDP and more than CAD300m in tax revenue.

The report estimates that each BWRX-300 constructed globally is expected to generate approximately CAD98m in GDP for Canada and more than CAD45m in total tax revenue through the purchase of Canadian machinery and equipment.

GEH is seeking to commercialise and manufacture its BWRX-300 SMR technology in Ontario, in partnership with Ontario Power Generation (OPG).

The planned first-of-a-kind SMR with OPG will be a starting point for future SMR installation in Ontario and elsewhere in Canada.

As of April 2021, four Canadian provinces – Alberta, Ontario, New Brunswick, and Saskatchewan – have signed a memorandum of understanding affirming their commitment to SMR deployment in those provinces. They have not committed to a particular reactor technology.

The report says the global market for SMRs is expected to grow to CAD150bn between 2025 and 2040. GEH’s established technology and relationships will help Canada to become a significant global exporter of SMRs, it says. 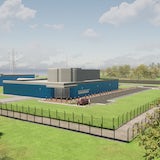 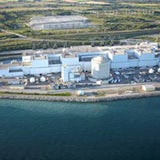 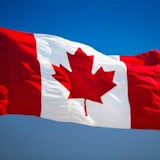