Ukraine is working to develop its nuclear energy sector, including the use of advanced nuclear technologies like small modular reactors, with the aim of ensuring its energy security, according to the East European country’s president Volodymyr Zelensky.

Mr Zelensky met yesterday in Kiev with Rafael Mariano Grossi, director-general of the International Atomic Energy Agency, on the 35th anniversary of the Chernobyl nuclear accident.

“Today I can confidently say that Ukraine is determined to develop its nuclear energy,” Mr Zelensky said.

According to Mr Zelensky, Ukraine plans “to switch” to the use of the latest nuclear reactor technology, including US-based Holtec International’s SMR-160 design*, “since it has the goal of localising technological production for SMR-160 in Ukraine”.

The SMR-160 is a light-water based pressurised SMR, which generates 160 MWe (525 MWth) and relies on gravity as the workhorse to operate the reactor and the completely passive safety systems.

In June 2019, Holtec, Ukrainian state-owned nuclear operator Energoatom, and the nation’s State Scientific and Technology Centre (SSTC) ratified the creation of a consortium that will see the three companies cooperate on the deployment of the SMR-160 small modular reactors in the country.

*The article has been corrected as it had incorrectly mentioned the US company developing the SMR-160 design. The SMR-160 is a trade mark of Florida-based Holtec International. 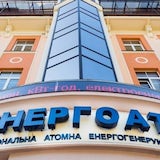 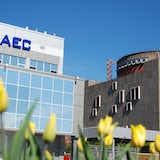 Ukraine / Capacity Increase For Nuclear Fleet As Zaporozhe-5 Is Restarted