COP26 a ‘critical opportunity’ in efforts towards net-zero
More than 100 nuclear societies around the world are calling on negotiators and policymakers at the 26th UN Climate Change Conference of the Parties (COP26) to take a science-led and technology neutral approach to energy policy and financing so nuclear and renewables can be used alongside each other in efforts to meet net-zero climate goals.

COP26, being held in Glasgow from 1-12 November, represents a critical opportunity for nations to come together and take action, “collectively changing the way we think about climate and setting us clearly on the path towards net-zero”, the Nuclear for Climate coalition said in a statement.

Only by “following the science” and recognising that nuclear energy output must at least double by 2050 can net-zero targets be met, the statement said.

Nuclear for Climate, co-founded by the European Nuclear Society and the American Nuclear Society, notes that according to the International Energy Agency, nuclear energy output will need to increase by 40% to 2030 and at least double by 2050 to meet global net-zero targets.

In all four scenarios in a separate Intergovernmental Panel on Climate Change (IPCC) report, a substantial increase in nuclear energy is needed to limit global warming to 1.5°C. The scenarios show an increase of nuclear output of between 98% and 501% from 2010 to 2050.

In a position paper published earlier his year, Nuclear for Climate said nuclear can integrate with an increasing supply of variable renewables to deliver efficient and affordable clean energy systems. It also said small modular reactors have the potential to bolster new large nuclear projects.

Climate for Action says nuclear has been a key low-carbon energy source for over 60 years. With around 440 reactors in operation across 30 countries nuclear accounted for 10% of global electricity production at the end of 2019. It is the second largest global source of low-carbon energy, behind hydropower. 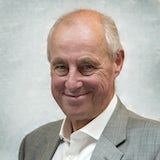 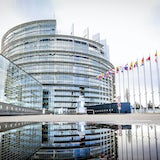 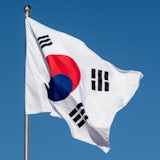