Ten locations have been identified as most promising
Italy’s state-owned nuclear waste management company Sogin has published a list of 67 potential sites for a national radwaste storage facility.

The list includes potential sites in the northwest, central Italy, the south, and the islands of Sicily and Sardinia.

Ten sites have been identified as “A1”, which means they are the most promising. Two of these sites are near Turin in Piedmont, northwest Italy, five are near Alessandria, also in Piedmont, and three are in the province of Viterbo, north of Rome in central Italy.

Sogin said last year it had estimated €1.5bn for the siting, construction, and testing phase of the repository, which is for the disposal of very low-level and low-level waste. It might also temporarily store high-level radioactive waste (HLW), including that from the reprocessing abroad of spent nuclear fuel.

According to Sogin, spent fuel amounts to about 1,864 tonnes, of which only few dozen cubic metres will be returned to Italy after the reprocessing either in the UK and France.

As long ago as 2003, the Italian government passed a decree siting a geologic repository for all waste categories at Scanzano Jonico, in Southern Italy. Opposition from the public and local communities resulted in those plans being cancelled.

The repository is expected to receive 95,000 cubic metres of radioactive waste, 60% of which will derive from nuclear plant decommissioning and the remaining 40% from scientific research, medical and industrial applications. This includes waste produced to date and waste estimated to be generated over the next 50 years.

Italy also plans to build a technology park alongside the repository. The park will consist of a centre for research into decommissioning, radioactive waste management and sustainable development.

Italy was a pioneer of nuclear power and had four commercial nuclear plants – Caorso, Enrico Fermi, Garigliano and Latina – providing almost 5% of the country’s electricity production share at their peak in 1986-1987.

Italy shut down the last of the plants, Caorso and Enrico Fermi, in July 1990 following a referendum in the wake of the 1986 Chernobyl disaster. 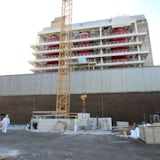 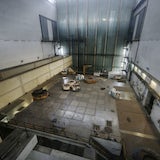 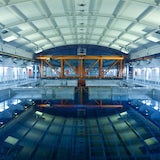