Tokyo Electric Power Company (Tepco) said the leak had no impact on the wall or the environment.

Tepco spokesperson Tsuyoshi Shiraishi said about four tonnes of the calcium chloride solution used to maintain the ice wall had leaked. “We’re now confirming the reason,” he said, according to the Japan Times.

The leakage was discovered on 16 January. Tepco said there may be damage to the pipes that make up the wall and it will need to carry out repairs.

The project involved 1,568 pipes that were placed into the ground 30 meters deep around the four reactor buildings to circulate liquid at minus 30 degrees and freeze the soil around them. 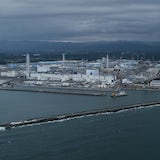 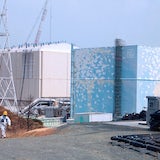 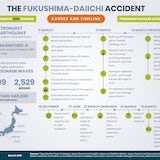 Fukushima 10 Years On / Causes And Timeline Of Nuclear Plant Accident