NRG said the programme is part of Terrestrial Energy’s testing of the Generation IV IMSR. The irradiation is being carried out at NRG’s High-Flux research reactor at Petten in the Netherlands.

Terrestrial Energy, established in 2013, is proposing to build a 195-MW IMSR at Chalk River in Canada. It wants to commission the first IMSR power plants in the late 2020s.

The study recommended detailed investigation of several sites within the Chalk River Laboratories property in Ontario.

Terrestrial Energy said its IMSR plants will provide zero-carbon, cost-competitive electric power and industrial heat for use in many industrial applications. The IMSR is a small modular design, with models ranging from 80 to 600 MW thermal, making it suited for remote communities and industrial operations, including on-grid and off-grid power provision. 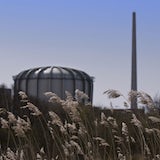 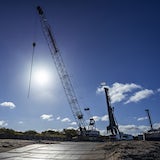