The Japan Atomic Industrial Forum (Jaif) also reported that the company had asked for preliminary talks about the plan with with local authorities in Miyagi Prefecture, Onagawa Town and Ishinomaki City.

The company also said the relatively small output of the 498-MW BWR made it unprofitable.

The unit began commercial operation in June 1984 and is the oldest of four units owned and operated by Tohoku Electric.

There are two further units – Onagawa-2 and Onagawa-3 – at the Onagawa station and one at Higashi Dori, in Aomori Prefecture, also in northern Japan.

Under stricter post-Fukushima safety standards, reactors are, in principle, not allowed to operate for more than 40 years.

The basement floors of the Onagawa-2 unit were flooded in the earthquake and tsunami that led to the shutdown of Fukushima-Daiichi. Tohoku Electric is building a 30-metre-high sea wall to guard the complex.

The Japan Times said Tohoku Electric aims to resume operations Onagawa-2 in fiscal 2020 at the earliest. The NRA has been checking it meets safety standards introduced following Fukushima-Daiichi. 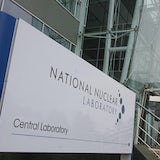 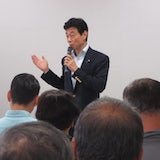