Production on steady decline since early 1980s
Colorado-based Energy Fuels and Australia-based Peninsula Energy have secured contracts to supply uranium concentrates produced in the US to the US Department of Energy (DOE) in support of the country’s US$75m (€70m) uranium reserve established in 2020.

Energy Fuels said it had been awarded a contract to sell $18.5m of natural uranium concentrates (U3O8) to the US government for the establishment of the uranium reserve.

Energy Fuels owns uranium facilities in Utah, Wyoming and Texas. Among them are the White Mesa uranium mill in Utah – the US’s only operating conventional uranium mill – and the Nichols Ranch in-situ leach project in Wyoming.

Peninsula Energy, which owns the Lance uranium projects in Wyoming, did not give a value for its contract, but confirmed its wholly-owned subsidiary Strata Energy will supply 300,000 pounds of U3O8 currently held in the US.

Peninsula managing director and chief executive officer Wayne Heili said the company produced uranium at its Lance Projects in Wyoming from 2015 through 2019 and is now in the process of completing the final preparations to resume production activities at Lance in 2023.

The US set up the uranium reserve because it has the world's largest reactor fleet of 92 commercial nuclear reactors producing about 20% of its electricity, yet its uranium mining industry has been struggling. Production has been on a steady decline since the early 1980s as nuclear power plant operators replaced domestic uranium production with less expensive imports.

Under the uranium reserve programme, the DOE’s Office of Nuclear Energy will buy uranium directly from domestic mines and contract for uranium conversion services.

The DOE has said that the new stockpile is expected to support the operation of at least two US uranium mines, reestablish active conversion capabilities, and ensure a backup supply of uranium for nuclear power operators in the event of a market disruption.

Energy Fuels also announced it has applied to join the Haleu consortium launched by the US Department of Energy to help create a secure domestic supply of high-assay low-enriched uranium (Haleu) that will be used by many of the next generation of advanced nuclear reactor technologies. 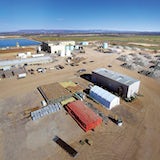 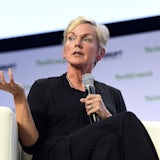 US / Biden Administration Ready To Push Ahead With Uranium Reserve, Says Granholm 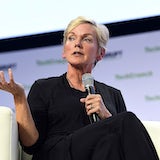