Company also pursuing plans for a unit in Canada
Ultra Safe Nuclear Corporation in Seattle is pursuing funding from the US Department of Energy’s advanced reactor demonstration programme to host its 15-MW micro modular reactors (MMR) at the University of Illinois and the Idaho National Laboratory.

The project includes a single MMR at the university for training, research, and to supply heat and power to the campus. The university plans to develop the first generation of commercial microreactor operators and will be directly involved in MMR design and integration.

The plant at INL would support the demonstration of the laboratory’s energy systems research, including the carbon-free production of hydrogen by thermo-chemical processes and other zero-carbon energy applications well suited to the high temperature output of the MMR.

Ultra Safe said both plants could be operating by 2026. It said demonstration of the MMR technology in the US will bring a new level of affordability and reliability to clean power generation, where smaller nuclear plants can be deployed for tens of millions, not billions of dollars. Costs of micro nuclear technology, like renewable energy, are expected to drop rapidly as manufacturing techniques advance and smaller and safer nuclear reactors gain wider acceptance, the company said.

The deployment of the MMR in the US will be supported by a first-generation MMR demonstration plant at the Canadian Nuclear Laboratories in Chalk River that will be the first micro reactor to be licensed in Canada.

The MMR energy system incorporates one or several standardised microreactors with a heat storage unit and the adjacent plant for power conversion and use. The system can produce electrical power or process heat (or a mix of both), depending on configuration. The MMR is a small high-temperature gas-cooled reactor generating 15 MW or 30 MW (thermal). It uses Ultra Safe’s proprietary, meltdown-proof FCM Triso fuel, which has been co-developed with INL and Oak Ridge National Laboratory.

Modules will be sized for standard International Standards Organisation shipping containers, which means they can be transported easily by ship, rail or road, including ice roads. 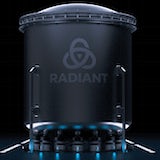 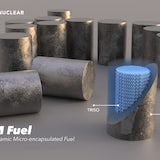 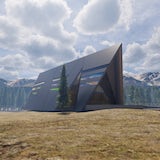