KHNP hails ‘technological independence’ as president remains bullish on need for new reactors
Unit 1 of the Shin-Hanul nuclear power station in South Korea has been connected to the grid and is set to become the 25th commercial nuclear power plant in operation in the east Asian nation.

Korea Hydro & Nuclear Power (KHNP) said the unit – the first of two South Korea-designed 1,340-MW APR-1400 reactors at the site, 330km from Seoul in the southeast of the country – supplied power to the grid for the first time on the morning of the 9 June.

KHNP said it expects Shin-Hanul-1 to generate about 700,000 kWh of electricity per hour during a test period before full commercial operation. This is expected to contribute to electricity supply during summer, it said.

The APR-1400 technology is the same that South Korea has exported successfully for the four-unit Barakah nuclear power station in the United Arab Emirates.

Seoul is also involved in tenders for other major nuclear projects, including plans for new build in the Czech Republic and Poland.

KHNP noted Shin-Hanul-1 is the first power reactor in South Korea to achieve “technological independence” through localisation of core systems including the reactor coolant pump and the plant instrumentation and control system.

Grid connection at Shin-Hanul-1 comes soon after the South Korean government announced that construction of two more plants at Shin-Hanul could resume in 2025 and an application will be made next year so that Kori-2 can be operated beyond its service life.

By contrast, new president Yoon Suk-yeol is bullish on the need for South Korea to embrace nuclear energy. He has said building nuclear power plants is a global trend and essential to the reduction of carbon and energy security, noting that the EU had recently classified nuclear power as green energy in its sustainable finance taxonomy. 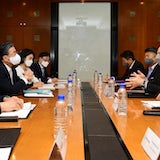 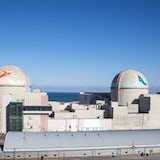 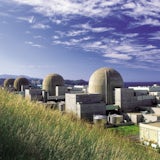