Two Westinghouse AP1000 units nearing completion at US site
The startup of the Vogtle-3 nuclear power plant in Georgia will be delayed because its operator found a vibrating pipe in the cooling system during testing.

Georgia Power, the lead owner of the Vogtle nuclear power station, said Vogtle-3 is now scheduled to begin generating electricity for the grid in April. The Westinghouse-supplied 1,117 MW AP1000 unit had previously given a startup deadline of March.

The problem was found during startup testing in a pipe that is part of the reactor’s automatic depressurisation system, said Georgia Power spokesperson Jacob Hawkins. He said the pipe needs to be braced with additional support. “It’s not a safety issue,” he said.

In October Georgia Power began loading fuel into the reactor core of Vogtle-3 and said the unit was expected to enter service in the first quarter of 2023.

An identical unit, Vogtle-4, is also nearing completion at the site.

The in-service date for Vogtle-3 when the project was approved in 2012 was 2016, but the project has seen a number of delays and cost overruns.

Southern Company, which owns Georgia Power, announced in July that it had increased its cost estimate for Georgia Power’s share of the two-unit Vogtle project.

Southern said Georgia Power’s share of capital costs for the project had risen by $52m (€53m) to about $10.5bn in total. Georgia Power, the largest of four utilities owned by Southern Company, owns 45.7% of the project. 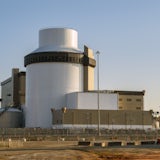 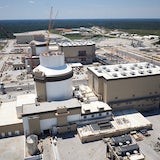