The US-based Energy Impact Centre is hosting a virtual supplier day on Thursday 13 May to highlight the opportunities for UK industry in its small modular reactor programme.

The EIC has developed OPEN100, an open-source development framework for an SMR. The design borrows from the engineering lessons of the fossil fuel industry and the financing and scalability lessons of the renewable energy industry, to create what EIC calls a faster and more cost-effective approach to SMR development.

EIC was founded in 2017 by robotics expert Bret Kugelmass and said it had determined that the most viable option for tackling climate change was “an extraordinary expansion of nuclear energy”.

Its open-source reactor design is based on a standard pressurised water reactor, the workhorse of the industry with about 300 units in commercial operation around the world.

EIC said its 100-MW unit, which needs a site of about one hectare and could be built in urban areas, would have a construction time of 1.5 to two years and an overnight cost of $300m. Operation cost would be $10 per MWh.

EIC said its virtual supplier day will introduce the organisation and services it is looking to source from the UK supply chain. 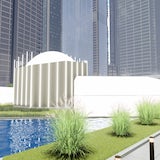 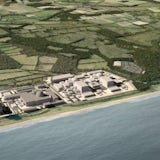 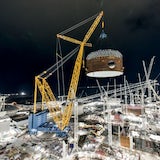