Swedish utility takes 6% stake, saying SMRs look ‘very promising’ for Baltic country
Vattenfall has signed an agreement with the Estonian nuclear energy startup Fermi Energia to become a minority shareholder in the company with a seed investment of €1m.

The investment follows a November 2020 announcement that Vattenfall had extended its cooperation with Fermi Energia by signing a letter of intent to explore the possibilities for small modular reactor deployment in Estonia.

The Swedish utility, which owns 10 nuclear reactors in Sweden and Germany, said it has now accepted the opportunity to become a minority shareholder of approximately 6% ownership.

Vattenfall said nuclear generation seems “very promising” for Estonia, which has the highest average CO2 emissions per generated kWh of electricity among all EU member states.

The extended collaboration will further explore the maturity of SMR technology and the prospects for deployment of one or several such reactors in Estonia until 2035.

In October 2019, Fermi Energia and US-based GE Hitachi Nuclear Energy (GEH) signed an agreement to collaborate on the potential deployment of GEH’s BWRX-300 small modular reactor in Estonia. In March 2021 the two companies signed a further agreement which means GEH can support Fermi Energia in key areas such as licensing, human resources, supply chain development and development of the information and analysis needed for potential deployment of the BWRX-300.

Earlier this year Fermi Energia and Rolls-Royce signed a memorandum of understanding to study the potential for the deployment of SMRs in Estonia. The UK company said the study will cover all aspects of deployment including grid suitability, cooling, emergency planning, human resources, licensing feasibility, economics and supply chain.

Fermi Energia said recently it had raised the €2.5m it needs to start the official planning process for the deployment of a small modular reactor in the Baltic country.

According to Fermia Energia chief executive officer Kalev Kallemets, the company is “technology neutral” and is following the licensing process for SMR designs in the UK, the US and Canada to see which technologies are suitable.

“For Estonia, only SMRs as currently developed in the UK, the US and Canada are suitable,” Mr Kallemets said. “Vattenfall’s investment will help finance crucial next steps in staffing, training programmes, as well as technical and other studies.”

Last month, the Estonian government approved the formation of a working group to assess the possibility of introducing nuclear power in the Baltic country. 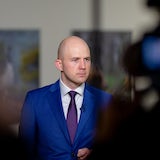 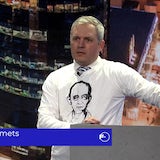 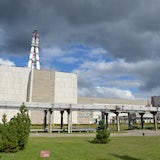