Czech Republic / We Must Build New Nuclear Even If In Breach Of EU Law, Says PM

The Czech Republic must build new nuclear units at the Temelín and Dukovany nuclear power stations even if it means violating European law, prime minister Andrej Babis told the European committee of the lower house of parliament, according to press reports.

“We overslept in regards to nuclear energy. We could have been building Temelín by now. We must push this through even if it means violating European law. Energy security is our priority,” Mr Babis said.

In July the Czech government approved a preliminary plan for a subsidiary of state power company ČEZ to build a new nuclear power station at Dukovany.

A tender for the project is expected to be organised at the end of 2020 with construction beginning before 2030 and completed between 2035 and 2040. The contract will be worth about $4.8bn, local press reports have said.

The government has said it will provide financing and political guarantees for the project.

Last month the ministry of environmental protection approved an environmental impact assessment for the construction of up to two new nuclear power plants at Dukovany.

A 2015 Czech state energy policy calls for one new unit at Dukovany and possibly three more either at Dukovany or Temelín. 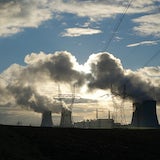 Dukovany / Czech Ministry Approves EIA For Up To 2,400 MW Of New Nuclear 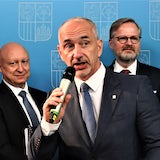 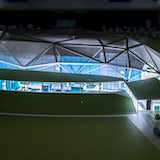