IAEA meeting examines potential for emerging technology
Nuclear hydrogen can be a “game changer” in the fight against climate change by decarbonising heavy industry, energy storage and even synthetic fuel production as part of a clean energy transition, a side event at the International Atomic Energy Agency’s general conference in Vienna was told.

Mikhail Chudakov, IAEA deputy director-general and head of the department of nuclear energy, said in his opening remarks at the event – held to discuss innovations in the production and use of nuclear hydrogen – that a single 1,000 MW nuclear power reactor could produce more than 200,000 tonnes of hydrogen each year to fuel more than 400,000 fuel cell vehicles or more than 16,000 long haul fuel cell trucks.

Delegates explored developments in the coupling of nuclear power reactors with hydrogen production plants to efficiently produce both electricity and hydrogen as a cogeneration system, as well as how energy sector cooperation, supply chain and policy support are facilitating the progress of these projects.

Richard Boardman of the Idaho National Laboratory in the US, presented the potential for using today’s light-water reactors and tomorrow’s advanced reactors in producing affordable, clean hydrogen. “We are looking at putting small- to medium-sized reactors right within industry, where they can be dedicated to making hydrogen, which also takes away the cost of having to store and transport it,” he said.

Hydrogen is the most abundant element in the universe but producing it in pure form for industrial processes – ranging from producing synthetic fuels and petrochemicals to manufacturing semiconductors and powering fuel cell electric vehicles – is energy intensive and comes with with a significant carbon footprint. To reduce the environmental impact of the world’s annual production of over 70 million tonnes of hydrogen, several countries – including the US, the UK, Canada, Japan and Russia – are looking to produce it with nuclear power.

In the US, Exelon Corp, the country’s largest nuclear plant operator, is planning to install a 1-MW electrolyser at one of its boiling water reactor plant sites to demonstrate hydrogen production.

Nikolay Kodochigov, advisor to the director-general of JSC Afrikantov OKBM, a nuclear engineering company in Nizhny Novgorod, Russia, said a project at the Kola nuclear power station in northwestern Russia involves construction of a pilot plant for testing electrolysers and gaining experience in hydrogen storage, transportation and application. 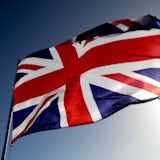 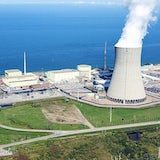