The $26m contract will expand BWXT’s Triso capacity for the manufacture of Triso fuel compacts and upgrade existing systems for delivering production-scale quantities of Triso fuel.

Triso refers to a specific design of uranium nuclear reactor fuel. Triso is a shortened form of the term Tristructural-Isotropic. Tristructural refers to the layers of coatings surrounding the uranium fuel, and isotropic to the coatings having uniform materials characteristics in all directions so that fission products are essentially retained.

BWXT said it is the only US company to manufacture irradiation-tested uranium oxycarbide Triso fuel using production-scale equipment. Its Triso production facility is licensed to produce this type of high assay low enriched uranium (Haleu) fuel, which is undergoing validation in a series of experiments at Idaho National Laboratory’s advanced test reactor under the Department of Energy’s advanced gas-cooled reactor programme.

BWXT and the DOE have cooperated in the development and qualification of Triso-based fuel for more than 15 years.

According to the DOE, Triso fuel testing is gaining a lot of interest from the advanced reactor community. Some reactor vendors such as X-energy and Kairos Power, along with the Department of Defense, are planning to use Triso fuel for their designs, including some small modular and microreactor concepts.

In October 2019 BWXT announced plans to restart and expand its Triso fuel production line because of what it called strong market signals. “Since that time, we have made significant technical progress on our restart activities, including releasing the solution preparation, kernel forming, and sintering furnace systems for production use,” said Joel Duling, BWXT Nuclear Operations Group president. 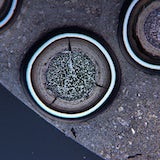 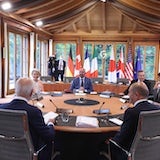 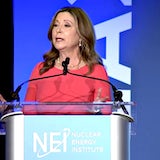