Genkai-3 in the southern Saga Prefecture is a 1,127-MW pressurised water reactor (PWR) unit, which began commercial operation in 1994. There are four PWR units at the Genkai site, but Kyushu Electric plans to restart only the newer ones – Genkai-3 and-4.

Unit 3 was shut down for an annual outage in December 2010 and Unit 4 in December 2011. The units were never restarted following a nationwide nuclear shutdown after the March 2011 Fukushima-Daiichi accident.

The governor of Saga Prefecture approved the restart of Genkai-3 and-4 in April 2017, clearing the final regulatory hurdle. Kyushu Electric said the physical startup of Genkai-3 is scheduled for March 2018 but gave no precise dates.

Five units in Japan have resumed commercial operation after meeting revised regulatory standards. They are: Takahama-3 and -4, Ikata-3 and Sendai-1 and -2. 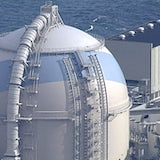