Development follows cancellation of deal with China’s CGN
Romania is close to signing an agreement with undisclosed “Euro-Atlantic partners” to complete the third and fourth units at the Cernavodă nuclear power station, prime minister Ludovic Orban announced on July 23 as he visited the plant.

Romania will invest €8-9 bn to build the two new plants, which should be ready by 2030, Mr Orban said.

“As soon as possible, after we establish a team at government level to explore the best options, we will negotiate and sign agreements to start these fundamental investments for Romania,” local press reports quoted Mr Orban as saying.

In January Mr Orban announced that the government would exit the deal with CGN.

Neither Nuclearelectrica nor the government has said why Romania cancelled the deal with CGN. Press reports in Romania said CGN has been criticised by Romania’s “strategic partners” over security issues tied to the use of Chinese technology. Reports also said there had been “cost concerns” related to the project.

Last month shareholders in Nuclearelectrica approved a new investment strategy for 2020-2025 that included proposals to go ahead with the completion of two new units at the Cernavodă at an estimated cost of €6.45bn. 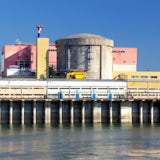 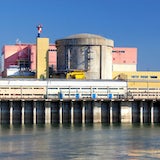 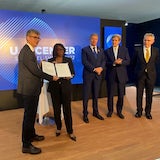