18 May (NucNet): India’s cabinet has approved the construction of 10 indigenous pressurised heavy water reactors (PHWRs) with a total installed capacity of 7,000 MW (gross), the government said in a statement on 17 May 2017. The statement did not say when work would begin on the reactors or where they would be built, but it said the project is intended to bring about substantial economies of scale and be “a major step towards strengthening India’s credentials as a major nuclear manufacturing powerhouse”. The planned nuclear units will generate business worth $11bn (£8.5bn) and create more than 33,000 jobs. The statement said India has installed nuclear power capacity of 6,780 MW (gross) from 22 commercially operational plants. Another 6,700 MW (gross) is expected to come online by 2021-22 through projects already under construction, the statement said. According to the International Atomic Energy Agency, India has five units under construction. India’s first PHWR was the 90-MW Rajasthan-1, which had Canada’s Douglas Point reactor as a reference unit and was built as a collaborative venture between Atomic Energy of Canada Ltd (AECL) and Nuclear Power Corporation of India Ltd (NPCIL). It began commercial operation in December 1973 and has been the basis for subsequent indigenous PHWR development. Former US president Barack Obama and Indian prime minister Narendra Modi announced last year that engineering and design work would begin for Westinghouse to build six AP1000s in India in a deal that was expected to be signed by June 2017. Westinghouse has since filed for bankruptcy protection in the US, but told NucNet: “We continue to pursue the India bids as they were structured in a manner that does not include construction risk.” 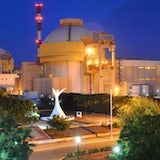