Japan / MHI Calls For Cooperation On HTGRs To Produce Hydrogen

The Japanese multinational Mitsubishi Heavy Industries (MHI) has suggested cooperating with industries overseas to use high-temperature gas-cooled reactors (HTGRs) to produce hydrogen “on a massive scale” and supplying it to the steel manufacturing industry.

The engineering, electrical equipment and electronics company, which has a nuclear power generation subsidiary, said it wants to reach carbon neutrality by 2050 and the first step could be to reduce CO2 emissions through the decarbonisation of thermal power and nuclear power systems.

MHI gave no details of its plans to use hydrogen in its industries, but said it was “vigorously involved” in the effort. It said HTGRs could produce hydrogen in a stable manner that Mitsubishi could use for steel manufacturing.

HTGRs use uranium fuel, a graphite moderator and helium gas as a coolant. Several attempts have been made to build reactors of this type, but none has so far entered commercial service.

In Japan, the Japan Atomic Energy Agency began research and development of HTGRs in 1969. China has been developing HTGR technology since the 1970s. Work on a demonstration HTGR at Shidao Bay in Shandong province, eastern China, began in December 2012.

The Japan Atomic Industrial Forum said MHI had also announced plans to make the group net-zero by 2050. Jaif said the company believes the net zero project could increase sales through the creation of new businesses in the energy and environmental fields.

Hydrogen can be produced through electrolysis, a process of making it from nothing more than electricity and water. Electricity from a nuclear plant can be transmitted by the existing grid infrastructure to electrolysers, which produce hydrogen for industry, transport and home heating, at the sites where the hydrogen is needed.

A number of governments, including the US, the UK and Canada, are exploring the possibility of using existing nuclear plants to produce hydrogen.

In the UK, the Royal Society said in a recent policy briefing that nuclear energy has the potential to help achieve net zero carbon emissions by 2050, not only through the generation of low-carbon electricity but also by using reactor heat to produce hydrogen.

The Brussels-based industry group Foratom said in July that nuclear can provide low-carbon electricity that can be used for the production of clean hydrogen. It said it was concerned that the European Commission was paying insufficient attention to nuclear as a potential hydrogen source. 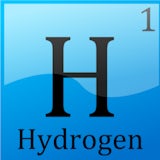 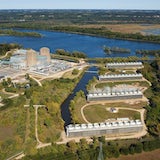 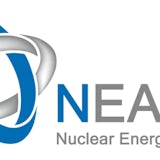