Ministers and representatives from more than 140 countries adopted yesterday a declaration to improve global nuclear security and counter the threat of nuclear terrorism during an International Atomic Energy Agency (IAEA) conference in Vienna.

The IAEA ministerial conference on nuclear security kicked off yesterday at the IAEA headquarters and will continue until 14 February.

The IAEA said the declaration focuses also on other global issues, including cyber-attacks, and illicit trafficking of radioactive materials.

According to the declaration, IAEA member states endorsed the common goals of nuclear non-proliferation, nuclear disarmament and the peaceful uses of nuclear energy, recognising the role of nuclear security in guaranteeing international peace.

IAEA director-general Rafael Mariano Grossi said: “We [the agency] are in a position to integrate and bring together the many valuable – but often scattered – efforts being made throughout the world to guard against nuclear terrorism and other threats, not just by governments, but also by think tanks, NGOs and others.”

More than 50 technical sessions will be held during the week, discussing a large range of technical and scientific questions. 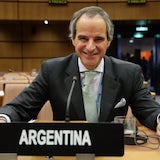 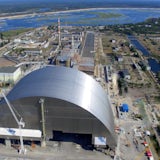 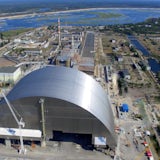