Action plan for extension to be finalised this year
Slovenia has given environmental approval for a proposed operating lifetime extension of the single-unit Krško nuclear power station from 40 to 60 years, a statement by the plant said.

A 20-year life extension means that the 688-MW pressurised water reactor could remain operational until 2043.

Slovenia and Croatia, which co-own Krško, agreed in 2016 to extend the plant’s lifespan by 20 years. Station operator NEK (Nuklearna Elektrarna Krško) submitted its application in October 2021.

Krško said the approval was granted by the country’s ministry of environment and spatial planning on 13 January.

The ministry’s decision is in line with Slovenian environmental legislation and the provisions of the Espoo and Aarhus Conventions, Krško said.

According to Stanislav Rožman, president of Krško operator NEK, an action plan for the life extension will be finalised by mid-2023.

He said all procedures are in a “final phase” including a periodical inspection by the Nuclear Safety Administration of Slovenia, which carries out safety reviews every 10 years.

The plant was built in cooperation with US company Westinghouse and began commercial operation in 1983. It was originally scheduled to close in 2023.

Slovenia said in 2021 it wants to build a second nuclear unit at Krško with a decision reportedly due by 2027.

The Krško nuclear power station is co-owned by Slovenia and Croatia. 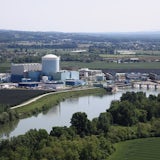 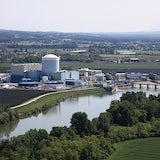 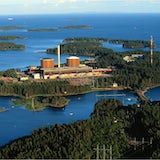