Boiling water reactor could now operate for 60 years
Mexico’s energy ministry has authorised the renewal of the operating licence for Unit 1 of the Laguna Verde nuclear power station for an additional 30 years to 2050, by which time the unit will have been in commercial operation for 60 years.

Plant operator CFE submitted its renewal application to the National Commission for Nuclear Safety and Safeguards in March 2015. In 2016 it began a programme of inspections, tests and monitoring of equipment, systems and structures in accordance with regulatory requirements for long-term operation (LTO).

During a review process lasting five years, 47 inspection, testing and surveillance programmes were carried out, 386 additional information requests were met, and multiple technical queries addressed through 13 audits and inspections.

In 2019 an International Atomic Energy Salto (safety aspects of long-term operation) mission found that CFE had “a good basis” to manage the plant’s LTO. The review was carried out at the request of CFE and focused on aspects essential to the safe LTO of both reactors.

The station management has asked the IAEA to schedule a follow-up Salto mission to Laguna Verde in 2021.

According to the IAEA, the two units provide about a 4.5% share of the country’s electricity production. 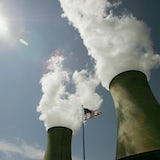 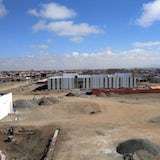