Agency warns of project delays and cost overruns
Nuclear power is building ‘momentum’ in many countries as soaring fuel and energy prices are pushing governments to reduce reliance on imported fossil fuels and boost energy security, a new report by the International Energy Agency (IEA) found.

Mr Birol, however, warned that the success of this nuclear “comeback” will depend on governments putting in place “robust” policies to secure the operation of nuclear plants in the future and to mobilise the needed investment, including in new technologies.

The IEA said in May 2021 report on net-zero emissions by 2050 that nuclear power could double between 2020 and 2050, with new nuclear plants needing to be built in countries which have chosen the nuclear power option.

The agency said further efforts will be needed to stop the nuclear fleets of advanced economies from shrinking by one-third by 2030.

Lifetime extensions of existing plans alone cannot reverse the trend, the IEA said and added that generally long-term operation of nuclear is cost-competitive with wind and solar.

According to the new IEA report, the nuclear industry must do better to deliver projects below cost and within budget to guarantee that nuclear-generated electricity is competitive.

This would mean completing nuclear projects in advanced economies at around $5,000/kW by 2030, compared with the reported capital costs of around $9,000/kW (excluding financing costs) for first-of-a kind projects. The report said construction costs would need to be decreased even further to $2,000-$3,000/kW for nuclear to remain competitive and play a “larger role”.

The agency stressed that government financing will remain necessary to mobilise new investment, not just for new-build but also to develop the latest technologies. There is rarely sufficient private sector financing for such capital-intensive and long-lived assets, particularly those exposed to significant policy risk, the report said.

As a result of project delays and cost hikes, advanced economies “have lost market leadership, as 27 out of 31 reactors that started construction since 2017 are Russian or Chinese designs,” said Fatih Birol.

The IEA said that strong policy support will also be needed for the successful development and eventual long-term deployment of small modular reactors (SMRs), which are not yet commercially viable. The agency’s 2050 net-zero generation forecasts assume that about half of nuclear energy at the time will come from SMRs.

The agency said international harmonisation of licensing will be essential to creating a global market for SMRs.

Data by the International Atomic Energy Agency shows that there are currently 440 nuclear reactor units operating globally and 53 under construction. Nuclear provides about a 10% share of global electricity production as the bulk of reactors are concentrated in North America, Europe, and Asia. 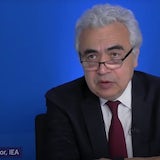 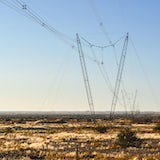 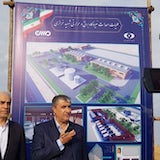