Agency report underlines need for LTO and new-build
Nuclear power has a role to play in Japan’s efforts to meet its greenhouse gas emission reduction commitments by 2030 and reach net zero by 2050, writes Fatih Birol, executive director of the International Energy Agency (IEA).

Mr Birol says in an article published on his official LinkedIn page that restarting existing nuclear reactor units in Japan, which meet safety requirements, would be a “cost-effective” way to quickly reduce greenhouse gas emissions and improve the security of electricity supplies.

“Japan has made enormous progress in the ten years since the Fukushima Daiichi accident”, Mr Birol writes.

“I had the opportunity to visit the site and continue to closely follow the progress that is being made, including in terms of decommissioning, the introduction of stricter safety standards and the creation of a new regulatory authority.”

According to Mr Birol, new nuclear plants could help Japan reach net-zero emissions, particularly as its existing fleet will be largely decommissioned by 2050.

He says the IEA’s Net Zero by 2050 report from last month has called on Japan policy makers to consider both conventional light water reactors and new technologies such as small modular reactors in their long-term planning.

Mr Birol writes that Japan’s goals to cut emissions by at least 46% by 2030 and reach net zero by 2050 are “among the world’s most commendable climate targets”, however, meeting them will not be easy, given Japan’s lack of natural resources and other geographical constraints.

Last week, Mihama-3 became the 10th commercial nuclear plant to return to service in Japan since the 2011 Fukushima-Daiichi accident and the ensuing shut down of the country’s reactor fleet.

The International Atomic Energy Agency database shows Japan as having 33 reactor units with a formally commercial status. Japanese utilities have made plans to restart part of those, but also permanently shut down others.

The IEA’s Net Zero by 2050 report has called for important decisions to be made concerning nuclear power, notably on lifetime extensions, the pace of new construction and the extent of government support for advanced nuclear technologies.

The report said Nuclear power can make a significant contribution to building a global energy sector with net-zero greenhouse gas emissions in 2050, although two‐thirds of new nuclear capacity is likely to be built in developing economies. 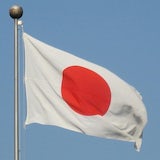 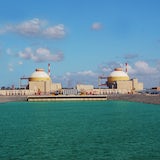 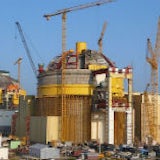 IEA Report / Investment In Nuclear Set To Increase In China, India And Russia