More governments must introduce policies to support the long-term operation (LTO) of nuclear plants with market reforms brought in to value the “non-power” benefits of nuclear alongside other clean energy technologies, the London-based World Nuclear Association said.

In a position paper published on 30 June, the WNA said even where other options are cheaper and market conditions are challenging, nuclear plants offer many benefits beyond just electricity.

Those benefits include a low-carbon lifecycle, baseload power and increased resilience, grid stability and the stockpiling of fuel, which boosts security of energy supply.

The position paper said nuclear has a small land and resource footprint compared to other energy sources, avoids pollution such as nitrogen oxides, Sulphur oxides, heavy metals and particulate matter.

Nuclear is a major employer in non-urban areas, supporting skilled hi-tech jobs and local economic activity, the paper said. It can provide isotopes and support for research, medicine, industry and agriculture, and can enable decarbonisation of the heat, industry and transport sectors.

“Long-term operation of nuclear power plants is, in most energy markets, the lowest-cost option for generating electricity on a levelised cost of electricity (LCOE) basis, and is expected to stay that way for decades to come,” the WNA said.

“There is no fixed technical limit to the lifespan for most reactors technologies. LTO of nuclear plants has been successfully demonstrated globally and is now standard practice, with planned operating lifetimes of 60 to 80 years now commonplace.”

A recent report by the International Energy Agency said the European Union needs to offer more support for nuclear power with the bloc facing the largest fleet decline across advanced economies and the possibility that the share of nuclear in the electricity mix could fall from 25% in 2017 to 5% in 2040. 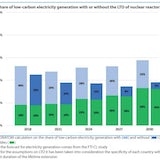 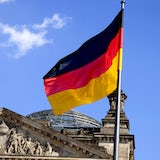 Germany / Ministry Says ‘No Decision Yet’ On Operation Of Nuclear Plants 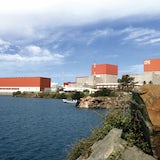