The milestone represents the culmination of more than 20 years of work at the site, where spent nuclear fuel from reactors 1, 2 and 3 at the destroyed nuclear station will be processed and stored at ISF-2, the world’s largest nuclear dry storage facility.

ISF-2 has been constructed by an international consortium led by the US company Holtec and financed by the international community through the Nuclear Safety Account, managed by the European Bank for Reconstruction and Development.

Hot testing with the first full fuel load at ISF-2 began in September 2020 and at the time the EBRD said the full licence to operate was expected in early 2021. Chernobyl NPP said last week that hot testing had been completed and was successful.

A purpose-built special train will transport the spent nuclear fuel assemblies to ISF-2.

ISF-2 was financed with contributions from Belgium, Canada, Denmark, the European Union, Finland, France, Germany, Italy, Japan, the Netherlands, Norway, Russia, Sweden, Switzerland, Ukraine, the UK and the US. 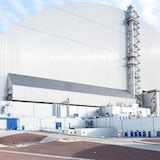 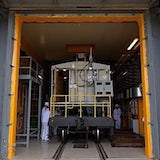 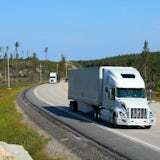