Recommendations include possible use of small modular reactors
The Australian government should consider a partial lifting of the moratorium on nuclear energy to allow the deployment of new and emerging technologies including Generation III+ and Generation IV reactors, a report by a parliamentary committee has recommended.

Successive Labor and coalition governments have maintained a bipartisan moratorium on the construction and operation of nuclear power plants in Australia.

However, at the request of energy minister Angus Taylor the parliament’s House Standing Committee on the Environment and Energy began in August an inquiry into the nuclear fuel cycle and Australia’s potential future use of nuclear energy. The committee has since considered 309 submissions and undertaken a programme of public hearings across the country.

The committee has now released a report – entitled Not without your approval: A way forward for nuclear technology in Australia – in which it summarises its findings and makes recommendations. The report has been presented to Speaker of the House of Representatives Tony Smith for the government’s consideration.

The committee makes three key recommendations. Firstly, the government should consider the prospect of nuclear technology as part of Australia’s future energy mix.

Secondly, the government should undertake a body of work to deepen the understanding of nuclear technology in the Australian context. This should involve a technology assessment on different generations of nuclear reactors including an examination of their feasibility and suitability to Australia.

The third recommendation is that the government consider a partial lifting of the current moratorium on nuclear energy for new and emerging technologies including Generation III+ designs, which are now under construction worldwide, and forthcoming Generation IV technologies.

Companies including Russia’s Rosatom and NuScale of the US told the inquiry that Generation IV small modular reactor technology could be a perfect fit for Australia because they provide the reliable, load-following power needed to address the intermittency of renewables.

“Nuclear energy should be on the table for consideration as part of our future energy mix,” committee chairman Ted O'Brien said. “Australia should say a definite ‘No’ to old nuclear technologies but a conditional ‘Yes’ to new and emerging technologies such as small modular reactors. And most importantly, the Australian people should be at the centre of any approval process.

“If we’re serious about reducing greenhouse gas emissions, we can’t simply ignore this zero-emissions baseload technology. But we also need to be humble enough to learn lessons from other countries who have gone down this path. It’s as much about getting the technology right as it is about maintaining a social licence based on trust and transparency.” 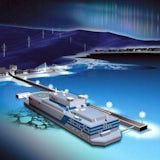 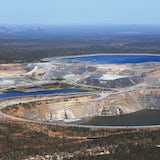 Australia / Legislation Will Grant More Time For Rehabilitation Of Ranger Mine 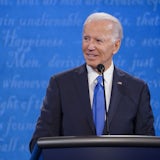 US / Biden Signs Into Law New Legislation That Could Help Nuclear