The fuel will be moved to the new €400m ISF-2 interim storage facility, which was given a licence by SNRIU for full operation earlier this year.

ISF-2 was built by an international consortium led by the US company Holtec and financed by the international community through the Nuclear Safety Account, managed by the European Bank for Reconstruction and Development.

The processing and storage of the spent nuclear fuel at Chernobyl is one of the key remaining tasks at the site. While the 1986 accident destroyed reactor 4, the more than 21,000 fuel assemblies used in the RMBK-type reactors 1, 2 and 3 were removed in the following years and provisionally stored in the wet pond ISF-1 facility. 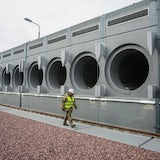 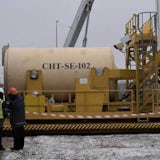