White House says partnership will position US technology to lead global race for SMR deployment
The US and Romania are to announce plans to build a first-of-a-kind small modular reactor plant in Romania in partnership with US NuScale Power, bringing the latest civil nuclear technology to what the White House called “a critical part of Europe”.

The White House said in a fact sheet on president Joe Biden’s climate plans, which he unveiled at the Cop26 climate summit in Glasgow, Scotland, that the partnership will position US technology to lead in the global race for SMR deployment.

The White House said the US is partnering with emerging economies to develop “deep decarbonisation strategies”, including strengthening the adoption of renewable and nuclear energy including SMRs.

NuScale’s SMR design features a fully factory-fabricated module capable of generating 77 MW of electricity using a smaller version of larger, pressurised water reactor technology. The scalable design – power plants can house up to 12 individual power modules – offers the benefits of carbon-free energy and reduces the financial commitments associated with gigawatt-sized nuclear facilities, NuScale said. The company said its SMR can produce emissions-free electricity and can decarbonise the production of hydrogen and clean water.

NuScale’s majority shareholder is Fluor Corporation. The companies have signed a number of agreements for potential SMR deployment, most recently a memorandum of understanding with Bulgarian Energy Holding related to the potential construction of NuScale SMR units at coal sites in Bulgaria.

NuScale also signed a three-way memorandum of understanding with Poland-based copper and silver giant KGHM and consultancy PBE Molecule to explore the deployment of NuScale’s SMRs technology to repurpose or replace existing coal-fired power plants and provide electricity and heat for KGHM’s industrial processes in Poland.

NuScale told NucNet that a NuScale plant is similar in power output to an existing coal plant and can fit on the same site and re-use the existing transmission infrastructure, making it an ideal solution for coal plant repurposing.

In August 2020, the NuScale SMR became the first and so far only SMR to receive design approval from the US Nuclear Regulatory Commission, In July 2021, the NRC published the proposed rule that would certify the NuScale design – a crucial step towards the construction and deployment of this SMR technology.

NuScale has said is planning to commercialise its SMR technology by the end of this decade. NuScale and Fluor are working for Utah Associated Municipal Power Systems (Uamps) to bring what could be the world’s first SMR project to commercialisation.

Romania’s energy minister said recently that decarbonisation without nuclear energy is impossible which is why Budapest is discussing the possibility of building two new nuclear reactors at the Cernavodă nuclear station with potential partners from the US, Canada and France.

Virgil Popescu also said Romania would also be paying “great attention” to the potential deployment of a new generation of SMRs.

Romania’s president Klaus Iohannis said Bucharest was “laying the necessary foundations” for cooperation for a new stage of development of the civil nuclear sector and “things are starting to move in the right direction”.

In December 2020, Romania and the US signed an agreement regarding potential cooperation on nuclear projects at Cernavodă. 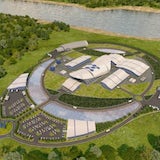 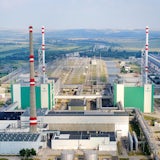